Two men, barely 10 years apart in age, one with a lifetime of emptiness ahead of him, one with an empty lifetime already behind. This is what John Huston has to work with in “Fat City” and he treats it with a level, unsentimental honesty and makes it into one of his best films.

The young man is one of those cool, muscular youths who seem to be bursting with energy in their last year of high school. Then you run into them two years later and they’re pumping gas and daydreaming about refinements they can make on their cars. The older man was a boxer once, and came close enough to greatness to be haunted by it, but now he is a drifter and the next thing to a bum. Leonard Gardner’s novel Fat City placed these men in Stockton, Calif., and contrasted the hopelessness of their lives with the dogged persistence of their optimism.

See also: Top 10 Most Popular TikTok stars in the world

Though it precedes “Small Axe: Lovers Rock” in Steve McQueen’s series, “Mangrove” follows it in this year’s New York Film Festival Main Slate premieres. This is quite a different affair; the racist actions and rules that merely peered through the prior film’s outpouring of festive joy are now front in center in this riveting courtroom drama. By comparison, “Mangrove” is nearly twice as long and about four times as violent. We are not spared numerous brutal attacks on peaceful Black civilians by White police officers led by the hideously villainous Pc Frank Pulley (Sam Spruell). Pulley is as relentless and obsessed as Victor Hugo’s Javert, refusing to stop until he has wrongly charged the group who would be known as “The Mangrove Nine” with crimes that may send them to prison for decades.

One thing is certain: writer/director Ari Aster comprehends stifling dread in the most profound sense. Via a grief-soaked story of ancestral vulnerability (you can’t pick your relatives, can you?), his terrifying and startlingly confident debut “Hereditary” proved as much. Sure, the film’s demonic mythology, skillfully gory images and creepy miniature models cinematographer Pawel Pogorzelski’s camera fiendishly navigated were all stuff of nightmares. But equally frightening in “Hereditary” was the grudge-filled and deeply claustrophobic domestic helplessness Aster infused into every shot and line of dialogue.

7. The Silence of the Lambs

A fundamental difference between “The Silence of the Lambs” and its sequel, “Hannibal,” is that the former is frightening, involving and disturbing, while the latter is merely disturbing. It is easy enough to construct a geek show if you start with a cannibal. The secret of “Silence” is that it doesn’t start with the cannibal–it arrives at him, through the eyes and minds of a young woman. “Silence of the Lambs” is the story of Clarice Starling, the FBI trainee played by Jodie Foster, and the story follows her without substantial interruption. Dr. Hannibal Lecter lurks at the heart of the story, a malevolent but somehow likable presence–likable because he likes Clarice, and helps her. But Lecter, as played by Anthony Hopkins, is the sideshow, and Clarice is in the center ring.

“Detour” is a movie so filled with imperfections that it would not earn the director a passing grade in film school. This movie from Hollywood’s poverty row, shot in six days, filled with technical errors and ham-handed narrative, starring a man who can only pout and a woman who can only sneer, should have faded from sight soon after it was released in 1945. And yet it lives on, haunting and creepy, an embodiment of the guilty soul of film noir. No one who has seen it has easily forgotten it.

Akira Kurosawa’s “Ran” is inspired by “King Lear,” but may be as much about Kurosawa’s life as Shakespeare’s play. Seeing it again in a fine new 35mm print, I realized the action doesn’t center on the old man, but has a fearful energy of its own, through which he wanders. Kurosawa has not told the story of a great man whose sin of pride drives him mad, but the story of a man who has waged war all his life, hopes to impose peace in his old age and unleashes even greater turmoil. There are parallels not only with kings but also with filmmakers, who like royalty must enforce their vision in a world seething with jealousy, finance, intrigue, vanity and greed.

The overwelming impression throughout “Stop Making Sense” is of enormous energy, of life being lived at a joyous high. And it’s not the frenetic, jangled-nerves energy of a rock band that’s wired; it’s the high spirits and good health we associate with artists like Bruce Springsteen. There are a lot of reasons to see concert films, but the only ones that usually get mentioned are the music and the cinematography. This time the actual physical impact of the film is just as exhilarating: Watching the Talking Heads in concert is a little like rock ‘n’ roll crossed with “Jane Fonda’s Workout.” The movie was shot during two live performances of the Talking Heads, a New York rock band that centers on the remarkable talent of its lead singer, David Byrne. Like David Bowie, his stage presence shows the influence of mime, and some of his best effects in “Stop Making Sense” are achieved with outsize costumes and hand-held lights that create shadow plays on the screen behind him.

See also: Top 10 Most Beautiful Men in the World

“Alex Wheatle,” the fourth installment of Steve McQueen’s “Small Axe” film series, begins with Alex (Sheyi Cole) staring blankly into space as if traumatized. He has good reason; it’s his first day in prison. His state of shock continues as he is marched into the cell he will share with Simeon (Robbie Gee). “It stinks in here,” Alex protests as he’s shoved into his new home, and he’s about to discover why. Simeon is an older man with massive dreadlocks and an even more massive gastrointestinal problem brought on by a hunger strike. More than once, Simeon will go to town on the porcelain bus while the soundtrack echoes the famous baked beans sequence in “Blazing Saddles.” Pushed to his limits, Alex fights his much larger cellmate, resulting in Simeon restraining him and demanding “What’s your story?”

2. You Were Never Really Here

Joe (Joaquin Phoenix) is a lumbering, slow-moving giant. His flesh is so heavy and thick his emotions can’t reach the surface. He’s a closed system of trauma, nervous system flooded by flashbacks from combat experience and an abusive childhood. His face and neck are covered in a thick beard. When he pulls his sweatshirt hood up over his head, he turns into negative space. A blur in the atmosphere. Joe is the agonized center of “You Were Never Really Here,” directed by Lynne Ramsay (“Ratcatcher,” “Morvern Callar,” “We Need To Talk About Kevin”). Based on Jonathan Ames’ novella of the same name, the film is rooted so firmly in Joe’s point of view he sometimes is absent from the screen entirely. We’re inside his head.

Max Fischer, the hero of “Rushmore,” is an activity jock, one of those kids too bright and restless to color inside the lines. Although he’s a lousy student, that doesn’t stop him from organizing a movement to keep Latin on the curriculum of his exclusive prep school. His grades are so bad, he’s on “sudden death probation,” but in his spare time, he edits the school magazine and runs the fencing club, the beekeeping club, the karate team, the French club and the Max Fischer Players. With his bushy eyebrows and black horn-rims, he looks a little like a young Benjamin Braddock from “The Graduate.” Max, played by Jason Schwartzman, has a secret. He’s in the exclusive Rushmore Academy on a scholarship; his dad is a barber. Always dressed in a tie and snappy blazer (unless in costume for one of his activities), he speaks with an unnerving maturity and is barely able to conceal his feelings of superiority for the headmaster (Brian Cox) and other adults, who enforce their stuffy rules because they are not, and never were, able to work without a net the way Max can. 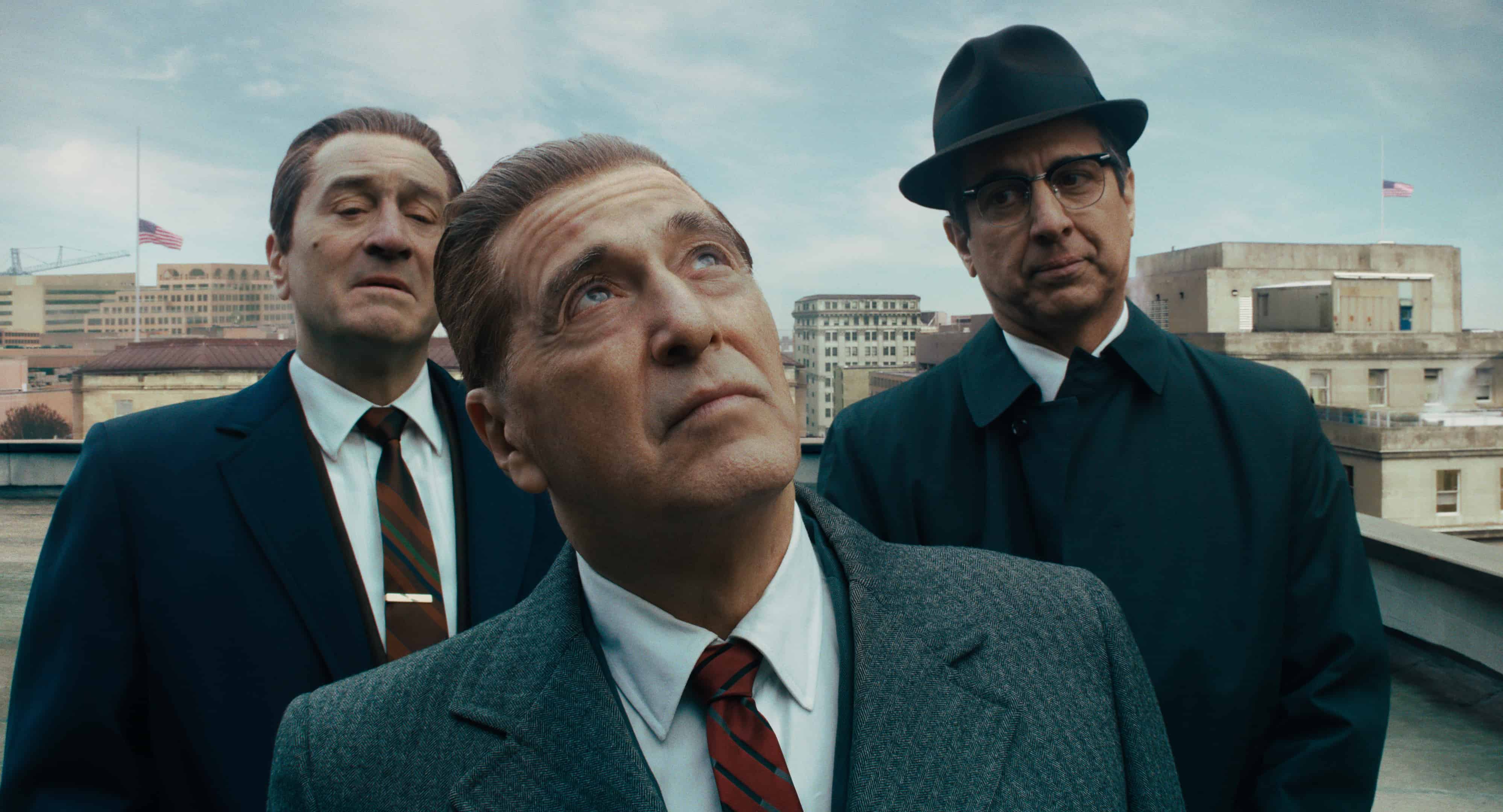 Top 10 Highest-Grossing Movies of All Time – All Top Everything

The 50 Best Horror Movies Of The 21st Century | Movies | Empire