In classic Westerns, the heroes wore white hats, while the villains wore black, making it easy to tell them apart. The world’s gone blurry in Michael Mann’s “Blackhat,” a surprisingly inelegant yet breathlessly up-to-the-minute thriller — as well as a newfangled “Eastern,” strategically set mostly in China, Indonesia and Malaysia — in which the FBI recruits an incarcerated hacker to help thwart an international cyber-terrorist. The weak link in a busy January weekend, Universal’s export-ready offering may not look like much, though powered by criminal stunts that make last month’s Sony breach seem amateur, plus action scenes punchy enough to justify the price of admission, it could hardly be called hackwork.

For most of its running time, David Leitch’s “Fast & Furious Presents: Hobbs & Shaw” delivers the goods one would expect from its ridiculous title. After all, what are audiences really here for? They want some banter between stars Jason Statham and Dwayne Johnson? Check. They want them to beat each other up a few times? Check. A physics-defying car chase or two would be nice? Check and check. It’s only in the final third when the fight choreography gets a little too incoherent that you realize you don’t give a damn about anything that’s happening, and you start to wish Hobbs and Shaw were given a story with a little more meat on its bones. But by then you probably won’t care.

Great action movies develop a rhythm like no other genre. Think of the way the stunts in “Mad Max: Fury Road” become a part of the storytelling. Think of how “Die Hard” flows so smoothly from scene to scene, making us feel like we’re right there with John McClane. Think of the dazzling editing of “Baby Driver” and the way it incorporates sound design, music, and action into a seamless fabric that’s toe-tapping. It’s obviously incredible praise to say that “Mission: Impossible – Fallout” reminds me of these films. It’s got that finely-tuned, perfect blend of every technical element that it takes to make a great action film, all in service of a fantastic script and anchored by great action performances to not just work within the genre but to transcend it. This is one of the best movies of the year.

I am a little out of touch with the inside-baseball commentary on superhero movie and sci-fi franchises, so I have to ask the reader to indulge me a bit. I’m perhaps not the best person to draw the distinction between something called “fan servicing,” which I understand is very, very bad, and giving an audience what it wants, which I have been told from an early age is at least kind of good. That said, I can report from where I sat at a preview screening that was evenly divided between what I suspect were sympathetic-from-the-get-go reviewers and enthusiastic fans and their families, “Spider-Man: Homecoming” is a comprehensively crowd-pleasing success.

See also: Top 10 Most Beautiful Men in the World

Rawson Marshall Thurber’s “Red Notice” should work on paper. It’s got a charismatic cast sent globe-hopping to beautiful places on a treasure hunt straight out of an “Indiana Jones” movie. How could it go wrong? Well, for starters, Thurber and everyone involved forgot a little thing called personality. Rarely have I seen a movie that feels more processed by a machine, a product for a content algorithm instead of anything approaching artistic intent or even an honest desire to entertain. And while there have been quality blockbusters produced by the Hollywood machine for generations (I miss those days), it feels like we’re increasingly reaching the point where they are so calculated and programmed that the human element is completely drained from them, making them as disposable as a fast food cheeseburger. Worst of all, that “content” approach is pulling the life from stars who have shown so much of it in the past. When the poster for “Red Notice” was released, most people lamented its Photoshopped, bland nature. They didn’t realize how honestly it captured the movie.

5. Back to the Outback

Parents looking for an electronic babysitter over this holiday season will likely pitch “Back to the Outback,” an Australian animated effort dropping today on Netflix, as a variation on “Madagascar.” Remember the cute movies you loved with the wise-cracking penguins and the hypochondriac giraffe, Billy?! This is basically that again. And it really is basically that again. Once more, a group of animals at a sanctuary escape their captors in an effort to go back to the wild, forming an unexpected family along the way. In this case, the sanctuary is in Sydney and the destination is the Outback. Sprinkle in a bit of a “Finding Nemo”-esque journey and the timeless family film message about not judging a book by its cover, and you have a film that feels a bit too much like it was made by a machine instead of actual people. There’s just too little fresh creative passion here in a project that’s sometimes sweet but also remarkably programmatic. Everyone accuses Netflix of designing to the algorithm more than to creative ends. These animal misfits won’t help.

I know what unrepented sins I’ve committed to deserve the Divine punishment that is Netflix’s “The Unforgivable,” but you have a chance to be penitent and avoid it. This is three movies in one, each of which is progressively worse. We start with a tale of repentance, which leads to a brief lawyer drama before descending into a distasteful kidnapping and assault thriller. It is based on a TV series, unseen by me, so perhaps this explains how overstuffed this feels. Sandra Bullock has reason to appear in this—she’s also the producer—but great veterans like Vincent D’Onofrio, W. Earl Brown, and Viola Davis have no excuse. In particular, Davis’ scenes are questionable; she has a throwaway line that I’m sure the filmmakers didn’t intend for me to seriously consider. But it’s such a jarring, out of place comment that it colored my own analysis.

It’s hard to figure out at first what is going on with Leda. The woman with the symbolic Yeatsian name is a professor and translator, taking a brief vacation in Greece, and looking forward to relaxation in the sun. However, almost immediately upon her arrival in the small seaside town, things start to go strange. Leda is the center of the strangeness. Is she generating the strangeness, or is it the world that’s strange? Why are her reactions to things so intense? Why is she so paranoid and awkward? What is going on with her? “The Lost Daughter,” an adaptation of Elena Farrante’s 2006 novel of the same name, is Maggie Gyllenhaal’s directorial debut, and what a debut it is. Harrowing, unpredictable, painful, confrontational, this is a movie for grown-ups.

It takes a certain kind of touch, a populist brilliance, to know that “Milk was a bad choice” could help launch a comedy empire. Adam McKay had that when he scoured through the many improvised lines of “Anchorman,” and co-created what will probably be known as the last movement of American blockbuster comedy. And he continued that touch with the unmitigated triumph “The Big Short,” venturing to educate moviegoers about the housing crisis using movie stars and furious monologues. But McKay is mightily thwarted by the larger scope of “Don’t Look Up,” a hybrid of his comedic and dramatic instincts that only dreams of being insightful about social media, technology, global warming, celebrity, and in general, human existence. A disastrous movie, “Don’t Look Up” shows McKay as the most out of touch he’s ever been with what is clever, or how to get his audience to careCoco

“Coco” is the sprightly story of a young boy who wants to be a musician and somehow finds himself communing with talking skeletons in the land of the dead. Directed by Lee Unkrich (“Toy Story 3”) and veteran Pixar animator Adrian Molina, and drawing heavily on Mexican folklore and traditional designs, it has catchy music, a complex but comprehensible plot, and bits of domestic comedy and media satire. Most of the time the movie is a knockabout slapstick comedy with a “Back to the Future” feeling, staging grand action sequences and feeding audiences new plot information every few minutes, but of course, being a Pixar film, “Coco” is also building toward emotionally overwhelming moments, so stealthily that you may be surprised to find yourself wiping away a tear even though the studio has been using the sneak-attack playbook for decades. 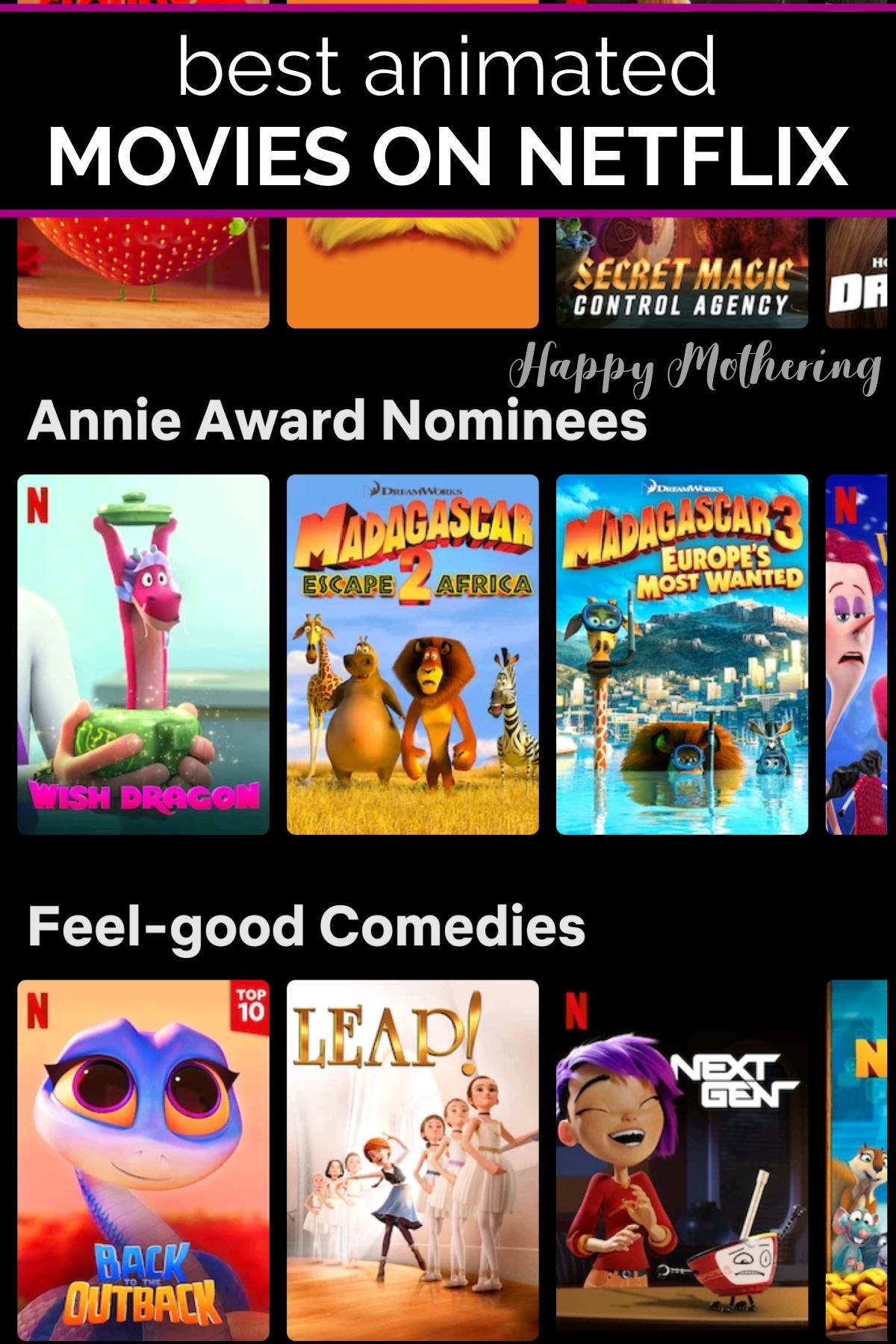 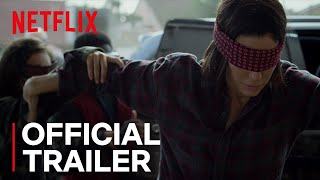